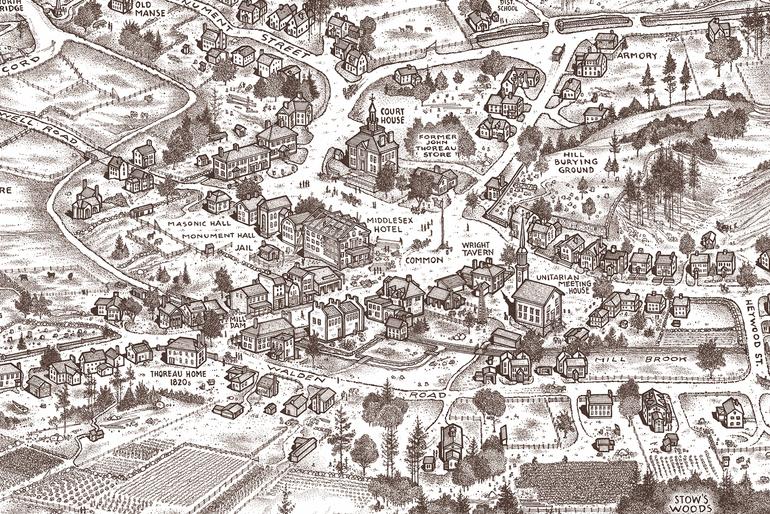 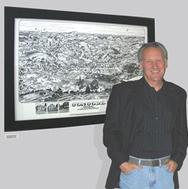 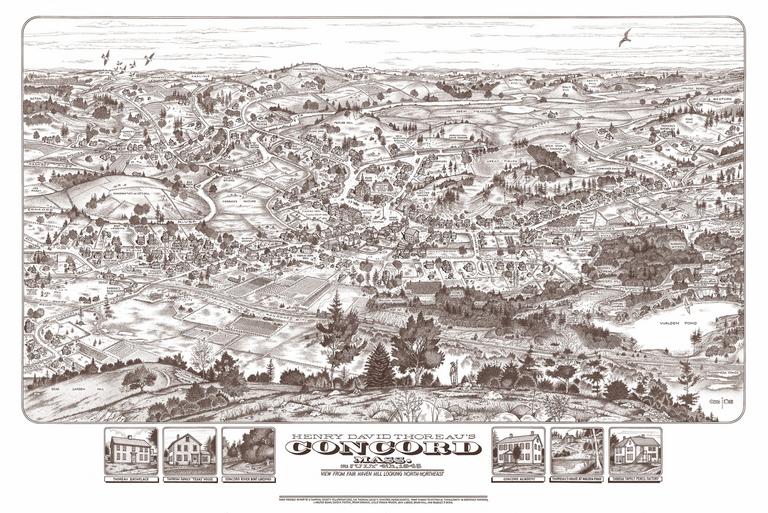 Art Awards
Artist John Roman stands before his work at the Thoreau Society's Shop at Walden Pond. The Thoreau Society is a co-recipient of awards of excellence in two separate national art exhibitions. The awards are for artwork produced under a Thoreau Society Fellowship that was awarded to artist/illustrator John Roman. Roman's recreation of Concord as it appeared during Thoreau's time was honored in competitions held in Los Angeles, by the Society of Illustrators of Los Angeles, and in New York, by the New York Society of Illustrators.